Amazon is promising faster and more reliable service to customers in Iqaluit as it opened a new pickup depot today, which it says will cut delivery times from two to three weeks, down to three to five days.

The company’s new partnership with Canadian North will see flights from Ottawa to Iqaluit – on Wednesdays and Sundays – have dedicated cargo space reserved for Amazon Prime orders.

The new Amazon pickup depot is set up at the old Canadian North cargo hangar by the new Iqaluit airport. Customers with Amazon Prime memberships will have the option to choose the new depot as their pickup location upon checkout.

The Iqaluit post office is also listed as a pickup location, but Amazon says items shipped there won’t be delivered within the promised three- to five-day window.

They told us that they’re guaranteed to be here for quite a long time. They see Iqaluit as an important step in their company. So we’re really excited.– Iqaluit Mayor Kenny Bell

“As important as it is to shop local, [retailers are] just too small to carry all the things you’re going to want,” Iqaluit Mayor Kenny Bell said. “It’s nice to have that option to order from Amazon for things that you just normally can’t get, or that are at extreme prices here.”

“It’s important to us to be able to use the scale of our company for good and help the people that rely on us the most in that area.” 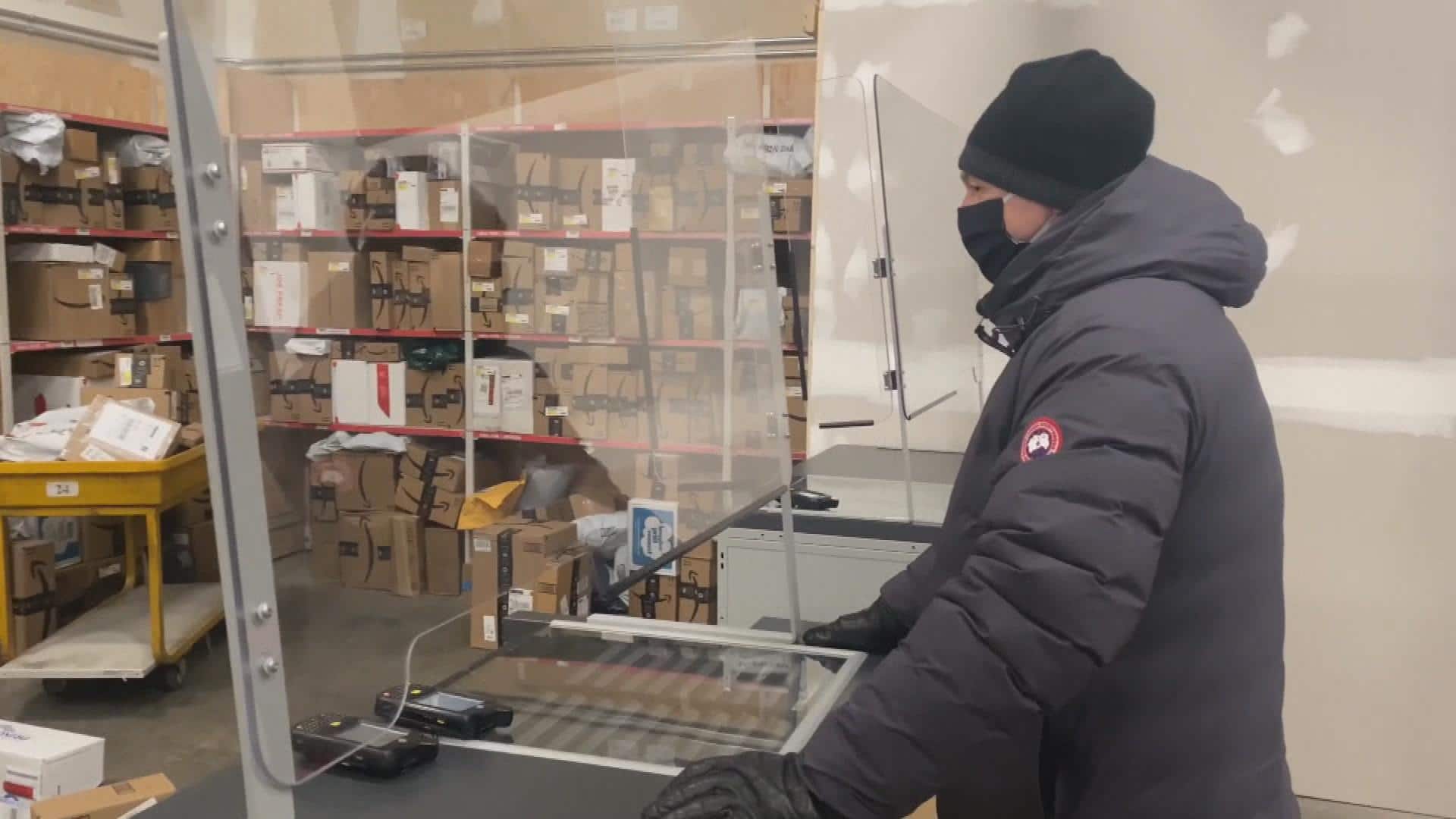 ‘A sigh of relief’

The company’s move to plant some roots in Iqaluit is a welcomed sign for a community that often balked at media coverage of Amazon’s impact on the city, out of fear of losing the service altogether.

“It was always tenuous. We were never sure even month to month that [the] service would continue,” said Iqaluit Coun. Kyle Sheppard, who once coined a Fight Club-esque rule of never talking about Amazon.

Indeed, Bell thought the worst when Amazon first contacted his office to inform him of their plans.

“At first I thought they were discontinuing free shipping,” said Bell. “But they told us that they’re guaranteed to be here for quite a long time. They see Iqaluit as an important step in their company. So we’re really excited.”

In October 2019, a glitch on Amazon’s systems briefly halted free shipping to Iqaluit, sending customers into a panic-buying frenzy, fearful they were about to lose the coveted service.

There were several work arounds that seemed to work, such as using a physical address vs a post office box.<br><br>This now seems to be limited to using Iqaluit’s only other postal code X0A 1H0.<br><br>Amazon appears to be limiting its popular free shipping option to X0A 0H0

“It was probably the hottest topic in town when it did happen. With no formal information, rumours started to fly and there was a lot of fear in town,” Sheppard recalled, adding that many people “breathed a sigh of relief” when the service returned a few days later.

“It would have had a pretty significant quality of life impact on some people,” Sheppard said, acknowledging there are Iqalummiut who can’t access the affordability of Amazon Prime for lack of a credit card, bank account, or the spare money for the membership fee.

As Amazon has opened up a variety of online shopping options for communities without malls or big box stores, it’s also opened up Iqaluit to southern pricing on food and smaller items.

Things like non-perishable food, toothpaste, tampons and deodorant are often half price on Amazon compared to Iqaluit’s local stores — with prices driven up by shipping costs, staff wages and power bills.

“I’m a student, and have been for three and a half years. I spend thousands of dollars every couple of months on Amazon orders, and it probably saves me thousands,” said fourth-year law student David Lawson. “It definitely has an impact on food security.”

“I know that there are some people in the communities that will have [Amazon orders] shipped here to their friends and family, and pick it up when they’re passing through,” added Nicole Camphaug, a local sealskin artisan.

“They can get nutritious food on Amazon, and they don’t have to take their money and think, ‘well, what can I buy at the local store with this?’ I do think that Nutrition North compared to Amazon, there’s quite a difference.”

Still, while Iqaluit’s mayor is glad to see Amazon maintain service for the long haul, he noted there’s something to be said for shopping local.

“All of our local places donate back [to the community], whether it be to the soup kitchen, to youth hockey, or whatever.” Bell said. “Obviously that’s really important, and that’s one of the main reasons why you support local … but [Amazon] is supporting the community with free shipping. Their donation is probably bigger than anyone, really.”

Meanwhile, as Iqaluit is able to benefit from the reprieve of northern food prices, Amazon Prime shipping isn’t offered to the rest of Nunavut — where 70 per cent of Inuit homes are food insecure.

Baker, the Amazon executive, didn’t rule out building on the new partnership with Canadian North to expanded free shipping territory-wide, but said “getting it right” in Iqaluit is the company’s primary focus right now.