“I am profoundly disappointed that confidential internal conversations have been shared, actions that are a violation of the public service, oath and code of conduct,” Dr. Deena Hinshaw told a news conference.

“This is a personal betrayal and a betrayal of the trust that our hardworking team has placed in each other,” she said. There will be an internal investigation to try to determine who leaked the recordings, Hinshaw said.

CBC News also quoted several confidential sources, one of whom said Hinshaw had confided that her dealings with the politicians were an “uphill battle.”

“My dad used to say that if you and your partner always agree, then one of you is unnecessary,” she said, acknowledging that “at times I have felt frustrated as I am a human being. The reality is that it is critical to have multiple perspectives and that those perspectives are heard.”

But Hinshaw insisted, as she had previously, that she has always been treated respectfully by politicians and her advice has been considered in final decisions by the government. She again stressed her job is simply to provide advice.

“I was not elected by Albertans,” she said. “The final decisions are up to elected officials who were chosen by Alberta. This is how democracy works.

“I know that there are many views about how we should proceed. However, we are becoming divided when we most need to engage in respectful dialogue.”

A previous statement emailed to CBC News from a spokesperson for Premier Jason Kenney said it is the job of elected officials to make decisions and there was no political interference. 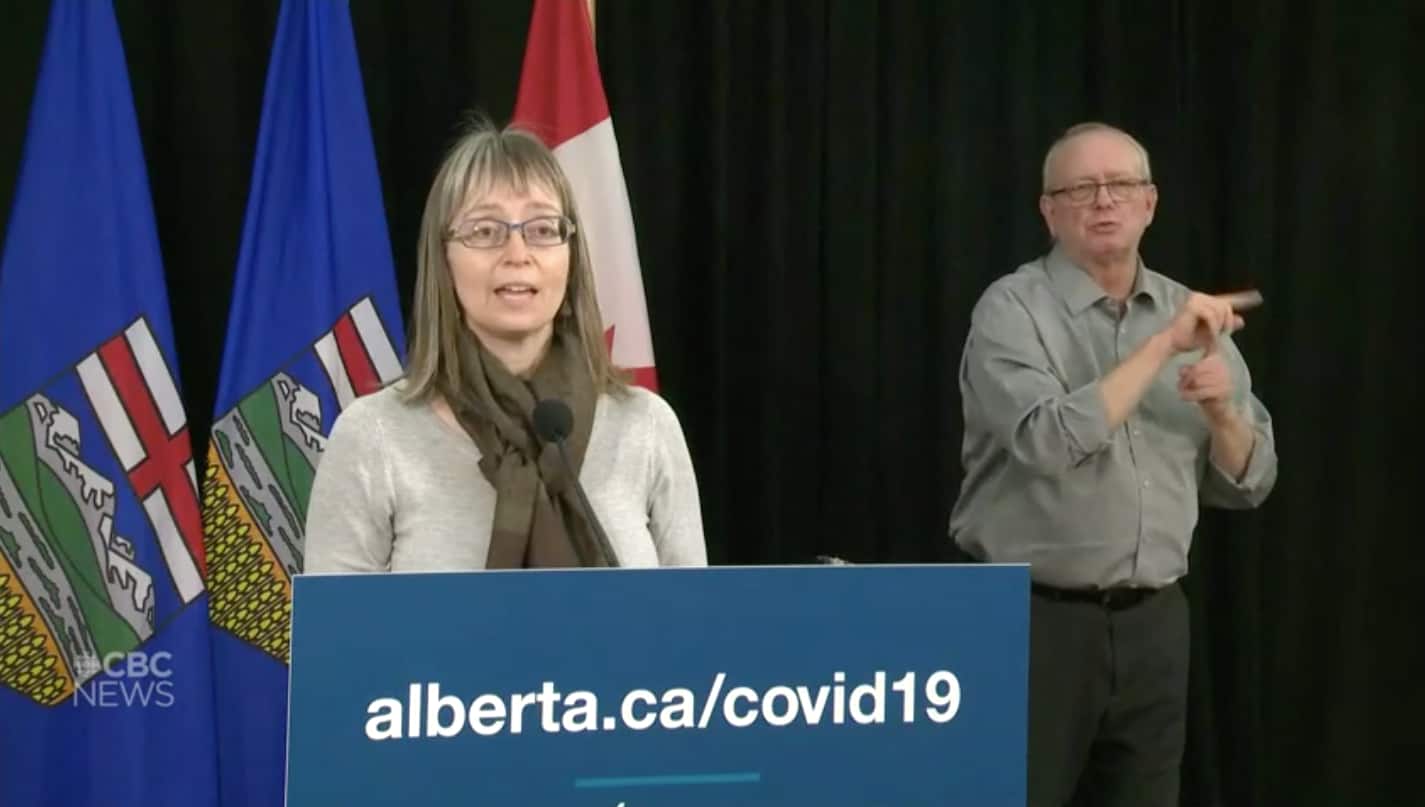 The Opposition NDP have called for Kenney’s government to make Hinshaw’s pandemic recommendations public, to engender trust in its response to the pandemic. Hinshaw said disclosing that information would be a breach of her oath as a public servant.

Health Minister Tyler Shandro also told the news conference he couldn’t disclose the advice provided by Hinshaw because it would breach cabinet confidence.

Hinshaw delivered her public rebuke after CBC News earlier on Thursday reported it had obtained 20 secret recordings from daily meetings of the province’s COVID-19 Emergency Operations Centre, as well as meeting minutes and interviews with staff directly involved in pandemic planning.

They reveal how Kenney, Shandro and other cabinet ministers often overruled the expert advice of already overwhelmed civil servants.

On two occasions health officials acceded to political requests to provide testing to the public that officials believed had little value in limiting the spread of the virus.

The recordings also reveal the Kenney government pushed an early relaunch strategy that seemed more focused on the economy and avoiding the appearance of curtailing Albertans’ freedoms than enforcing compliance to safeguard public health.

The recordings did confirm what Hinshaw has repeatedly stated publicly: she believes her role is to advise, provide recommendations and implement decisions made by the politicians. 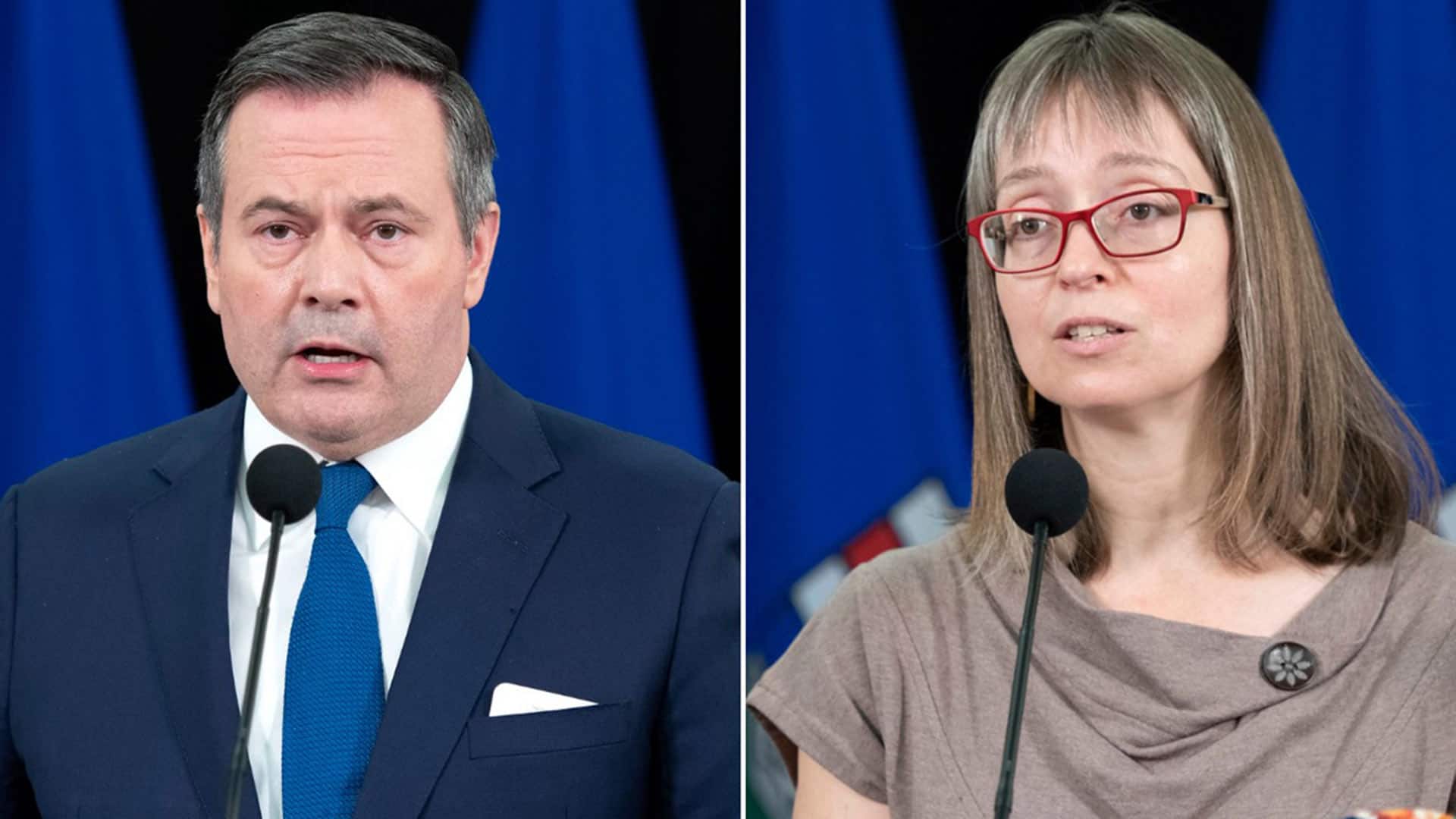 Recordings obtained by CBC News suggests division between Alberta’s Premier Jason Kenney and Medical Officer of Health, Dr. Deena Hinshaw, revealing that Kenney overruled her advice and indicating he may be prioritizing personal freedoms over health. 2:26

For weeks, the government has faced intense criticism for its handling of the pandemic as Alberta registered among the highest infection rate per capita in Canada. Kenney and Shandro have repeatedly said the pandemic response has been directed by Hinshaw.

At Hinshaw’s news conference Thursday, Shandro said the reporting of the leaked recordings was an “irresponsible attack” on Hinshaw’s credibility and the independence of her office, which in turn undermines her work as chief medical officer of health.

“Since the pandemic began, as minister of health, I have worked closely with Dr. Hinshaw. She has provided detailed, evidence-based recommendations to me and to Alberta’s government as legislated in the Public Health Act,” Shandro said.

“She has also participated in on-going cabinet discussions about what is right for Alberta in the response to this pandemic.

“We listen closely. We debate the range of policy options that she offers and their different impacts. And then, as elected officials, we do what we were elected to do: we make decisions that are in the best interests of Albertans. I want to express my own and Alberta’s government’s support for Dr. Hinshaw.”

Earlier in the day, Opposition NDP Leader Rachel Notley said the Kenney government has used Hinshaw as a shield.

“Every time there is a decision that gets to be a little unpopular, or there is any pressure, he hides behind her,” she said. “But what we clearly see here is that he is not following her advice on a number of occasions and Albertans are suffering as a result.”

In the legislature, Notley pressed the Kenney government to establish an independent panel of experts to make recommendations on the pandemic response that would be made public.

Kenney however, ignored the demand, saying Hinshaw is capable and stressing as he has previously that it is for elected officials to make the final decisions because there are considerations, other than public health, that must be weighed.

“Alberta is a democracy,” Kenney said, “and under this government it is going to stay that way.”