An Alberta infectious disease expert says she’s deeply concerned about the numbers of COVID-19 reported in the province in recent days — and is warning that a preventable loss of life could be looming should serious steps not be taken.

Dr. Lynora Saxinger, an infectious disease specialist at the University of Alberta, says the province’s new social gathering restrictions that brought in mandatory limits of 15 people may not go far enough.

“I think the gathering number was a good start, but I think it still reads as being a little bit confusing to people when, in fact, they can actually still go out to places with larger numbers than that, for example,” Saxinger said.

Alberta reported 622 new cases of the virus on Friday — a new daily record — pushing the number of active cases in the province to a record 5,172.

In response to that significant increase, Malgorzata Gasperowicz, a developmental biologist and general associate in the faculty of nursing at the University of Calgary, predicted the province could see 4,000 daily new cases before Christmas if more measures were not taken, given the province’s current doubling time.

WATCH | Malgorzata Gasperowicz discusses the COVID-19 numbers Alberta could be seeing in the coming months: 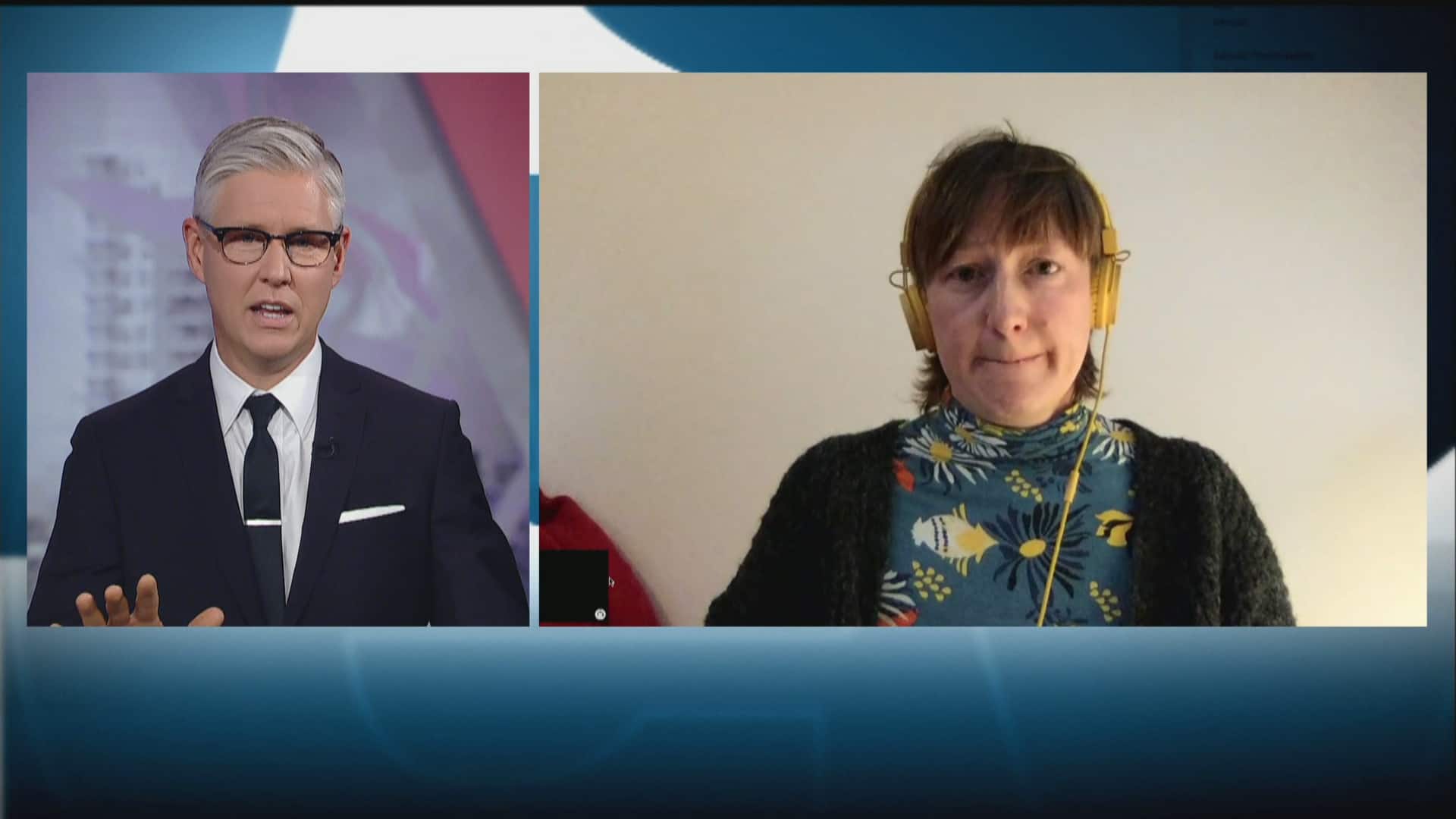 Malgorzata Gasperowicz, a developmental biologist at the University of Calgary, talks to CBC’s Rob Brown about what she’s seeing in the province’s latest COVID-19 numbers during CBC Calgary News at 6. 4:22

“The thing to understand is, that is right — the doubling time calculations are looking like that,” Saxinger said.

“The whole key piece of it though, is that there is this interesting mixed community response, where when people become more aware of more problems and, relatively speaking, more risk, some people will continue to modify their behaviour more, so the numbers don’t often turn out exactly as predicted.”

The bigger question, Saxinger said, is whether that would be enough to keep numbers in the province under control — especially considering that right now, the province is seeing more hospitalizations now than it did during the first wave.

“These numbers in hospital are going to continue to go up, regardless what happens in the next two weeks, because any actions taken take a little while to manifest,” she said.

Saxinger said that given the current case numbers the province is seeing, a “fine-tuning” approach may not be feasible until numbers come under better control again.

“Depending on where things are going, a pretty sweeping, broad lockdown — which is what everyone wanted to avoid — might be required to get the numbers down to a simmer,” Saxinger said.

“Then, you can control it through more targeted interventions so that you can still have, you know, a reasonable assortment of things open to allow people to still participate economically and socially in a safe way.”

Find out which neighbourhoods or communities have the most cases, how hard people of different ages have been hit, the ages of people in hospital, how Alberta compares to other provinces and more in: Here are the latest COVID-19 statistics for Alberta — and what they mean

Delaying implementing additional restrictions, even by three to five days, can drastically change the shape of the epidemic curve, Saxinger said, due to the fact that cases are presently in a ramping up phase.

“So it’s a very time sensitive thing,” she said. “So I would expect that it would actually be easier on everyone to start with a broader range of restrictions and then seal them back after things come under control.

“If you pick the wrong things as it’s going up and you don’t affect things properly, then it’s just a much longer and more difficult lockdown for everybody.”

“We announced new measures on Monday. We are watching the data in Alberta closely and will consider if adjustments to the public health approach are needed in the days to come,” McMillan said in an email.

The impact of thousands of new cases

In certain regions of the United States hit hard by COVID-19 cases that have seen a relatively light touch from government, Saxinger said people do tend to modulate their behaviour.

“In a lot of those communities, I think people have kind of taken it upon themselves to modulate their activities in response to the fact that they’re seeing people dying or they’re getting information from their local health leaders that this is not working out,” Saxinger said.

“And so [in Alberta], I would easily expect that we could go to, you know, three, four or five times the current number. And that would be with people changing their behaviour.”

The risk of government taking a hands-off approach, Saxinger said, is “really considerable” for the health system and for loss of life. A scenario where the province sees 4,000 new cases a day would see Alberta’s hospitals overwhelmed.

“And so what [has been] described right now, is basically filling all the hospitals daily.”

Saxinger said the first lockdown served the purpose that it needed, and health officials have learned many lessons since then.

“Public health people are very aware that there’s a huge cost to that kind of a lockdown, both health, economics, the whole thing on mental health disparity,” Saxinger said.

“So what people are trying to figure out is, if you go really hard the way some places are, what’s the optimal length of time, or what’s the shortest time that you can do to basically throw a wet blanket over the flames?”

Alberta’s data system is undergoing some maintenance over the weekend, meaning no new numbers will be reported this weekend or on Monday. Data updates are set to resume on Tuesday.