Air passengers entering Canada will soon need to provide proof of a negative COVID-19 test before arriving in the country, the federal government announced today.

Under the new protocol, travellers must receive a negative polymerase chain reaction (PCR) test within a 72-hour period prior to boarding a plane. Intergovernmental Affairs Minister Dominic LeBlanc said he expects the new rule will be in force within a week.

“This is not an alternative to quarantine. It’s an additional layer,” Blair said during a public health briefing.

He said Ottawa is discussing implementing more testing protocols at land points of entry with a number of provincial health authorities, but added that effort involves “issues of some complexity” the government is still working through.

The federal government hasn’t fully explained how the pre-boarding testing will be administered to incoming travellers, though Transport Minister Marc Garneau — who is in talks with airlines and officials in his department — is expected to share more details Thursday. 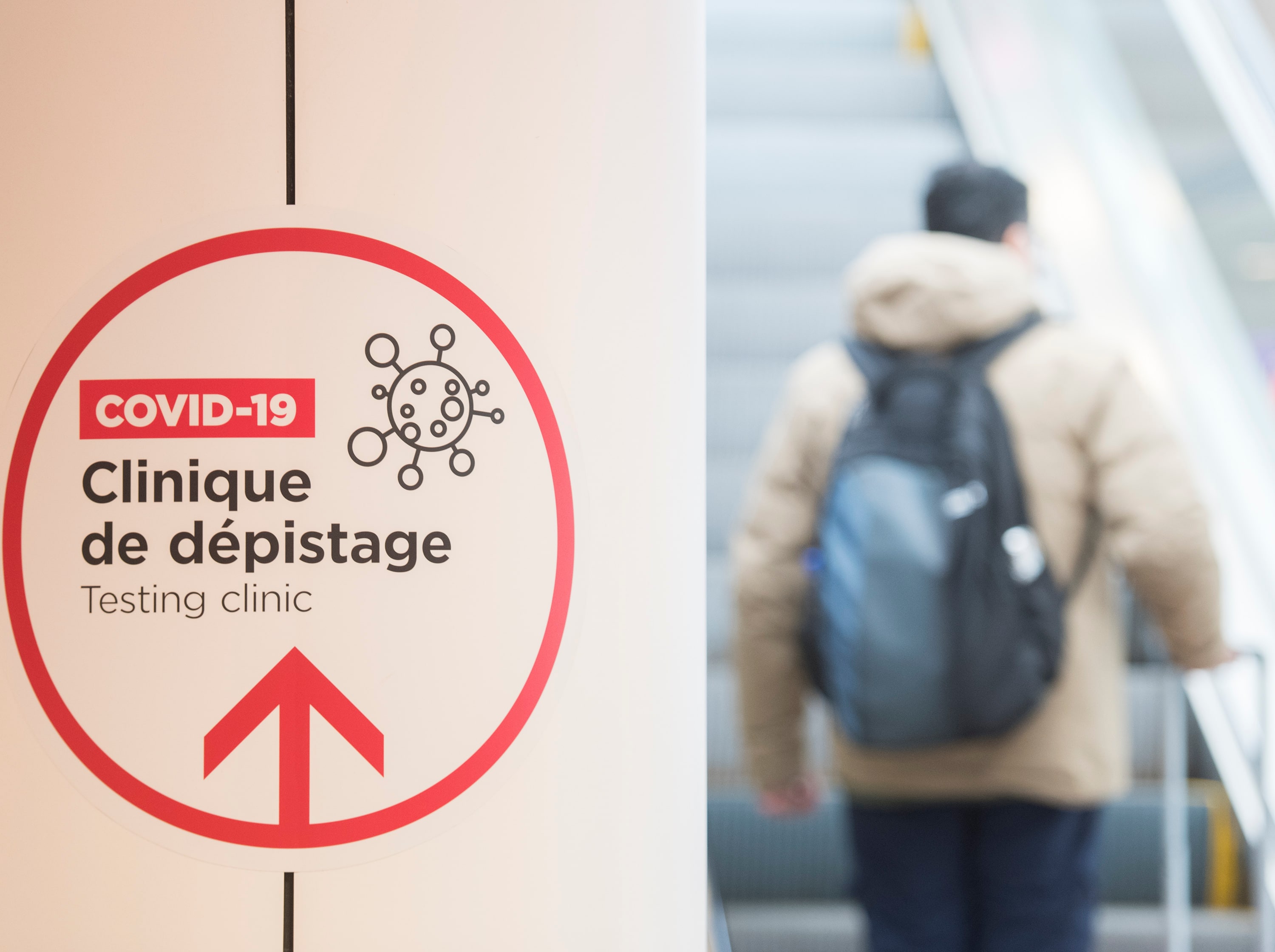 Public Safety Minister Bill Blair outlines enhanced COVID-19 measures for travellers returning to Canada, including plans to reinforce public health messaging in airports and new requirements for a negative COVID-19 test before re-entry into the country. 1:58

Conservative health critic Michelle Rempel Garner criticized the Liberal government over the timing of the announcement and said the lack of policy specifics will lead to anxiety and confusion for Canadians abroad.

“I’m glad to hear that the Trudeau Liberals are finally taking our advice and looking at implementing testing protocols for international travellers returning to Canada,” she said in a media statement.

“However, the lack of details around this announcement is causing panic among Canadians currently abroad. The government has had months to implement a system and today put forward a haphazard announcement that is a response to headlines rather than an actual thoughtful and transparent plan.”

Where can Canadians currently abroad get information on this new requirement? Will the federal government be providing a portal or will this responsibility also be downloaded onto already strapped airlines?

“This is welcome news,” said Ivana Yelich. “We look forward to seeing further progress by the federal government when it comes to getting pre-departure testing in place at Toronto Pearson International Airport.”

In response to Wednesday’s news, the National Airlines Council of Canada said the country’s aviation industry has been calling for a more coordinated testing approach “to avoid a rushed and disjointed rollout” of testing requirements.

“Today’s announcement occurred without prior coordination with industry, and with many major operational and communication details still to be determined,” council president Mike McNaney said in a media statement.

“At a broader level, the announcement only addresses one element of the path forward — the utilization of testing to help further protect public health. We strongly believe it must also be utilized in conjunction with measures to reduce quarantine levels, as is being done in countries all around the world.”

An industry source — who spoke to CBC News on the condition of confidentiality — said the airlines were “totally blindsided by the announcement.”

“Airlines were not consulted,” said the source. “It was clear to them that the government had not studied whether or not PCR tests are even available and what the rules would be around who should be denied boarding.”

Blair underlined that the point of the new requirement is not to shorten quarantine times and said it’s “important not to conflate the two issues.”

Travellers unable to get tested won’t be left behind

In an interview with CBC News, LeBlanc said it will be up to travellers to arrange for PCR tests themselves, given that those embarking on non-essential trips overseas have chosen already to flout public health guidelines.

“The Government of Canada obviously is not in a position to set up in hotels or all-inclusive resorts or Canadian consulates,” he said.

Travellers who are unable to procure tests before their flights home won’t be stranded abroad, LeBlanc said. Immediately upon their return to Canada, he said, those passengers will be required to isolate at federally-approved sites until they obtain negative test results and meet other quarantine commitments.

The minister said it would be “irresponsible” for any Canadian traveller to sidestep the testing requirements.

He added that pre-boarding testing would not affect Alberta’s ongoing pilot project for international travellers, which allows people to leave quarantine if they receive a negative test after returning to Canada.

The additional measure comes as Ontario Finance Minister Rod Phillips is under fire over news that he had travelled to the Caribbean island of St. Barts for a personal vacation earlier this month. Phillips is on his way back to Canada after Ontario Premier Doug Ford demanded his return.

The Canada Border Services Agency (CBSA) will also be beefing up its presence at airports across Canada to ensure travellers are adhering to public health guidelines, Blair said.

“Additional border officers will be present at various positions to reinforce compliance messaging,” the minister said, adding that teams already have been sent to customs and baggage areas and inspection lines to speak to travellers about their obligations — and the consequences of failing to follow the rules.

The federal government has advised against non-essential travel outside Canada since the start of the pandemic, though officials noted Wednesday that about two per cent of COVID-19 cases have been brought into the country from overseas.