Ask around in Montreal, and you will likely find someone who was brought into this world by Dr. Alice Benjamin.

She has delivered more than 10,000 babies over the course of her career. She has delivered babies, and then delivered those babies’ babies. In one family, she has been obstetrician to a mother, her grown daughter and soon, she will deliver the granddaughter’s baby.

In more than 40 years as an obstetrician, she has seen difficult labours and struggles.

“But you never get tired of a birth, and that good outcome, and that first cry. You always wait to hear it. The whole room is silent. Didn’t you hear that first cry, the most joyous thing?”

Half of medicine, Benjamin says, is common sense, not just following what’s in the textbooks.

But many will say medicine is also about connecting with patients and making them feel heard and safe, something she has done countless times during her career.

Last week, Benjamin, an attending obstetrician at the Royal Victoria Hospital, was appointed to the Order of Canada as an officer, “a recognition of outstanding achievement, dedication to the community, and service to the nation,” for her work in the field of maternal-fetal medicine. She follows women with high-risk pregnancies.

Benjamin was born in Piravom, India, and went to medical school at the University of Delhi before coming to Canada in 1971. She was interested in internal medicine, but decided to pursue obstetrics because it gave her “the privilege” of taking care of two patients — mother and child.

She started out in Toronto and eventually made her way to Montreal when her husband was transferred here, snagging the last residency spot at McGill.

She knew no one but says she felt welcomed from the start. 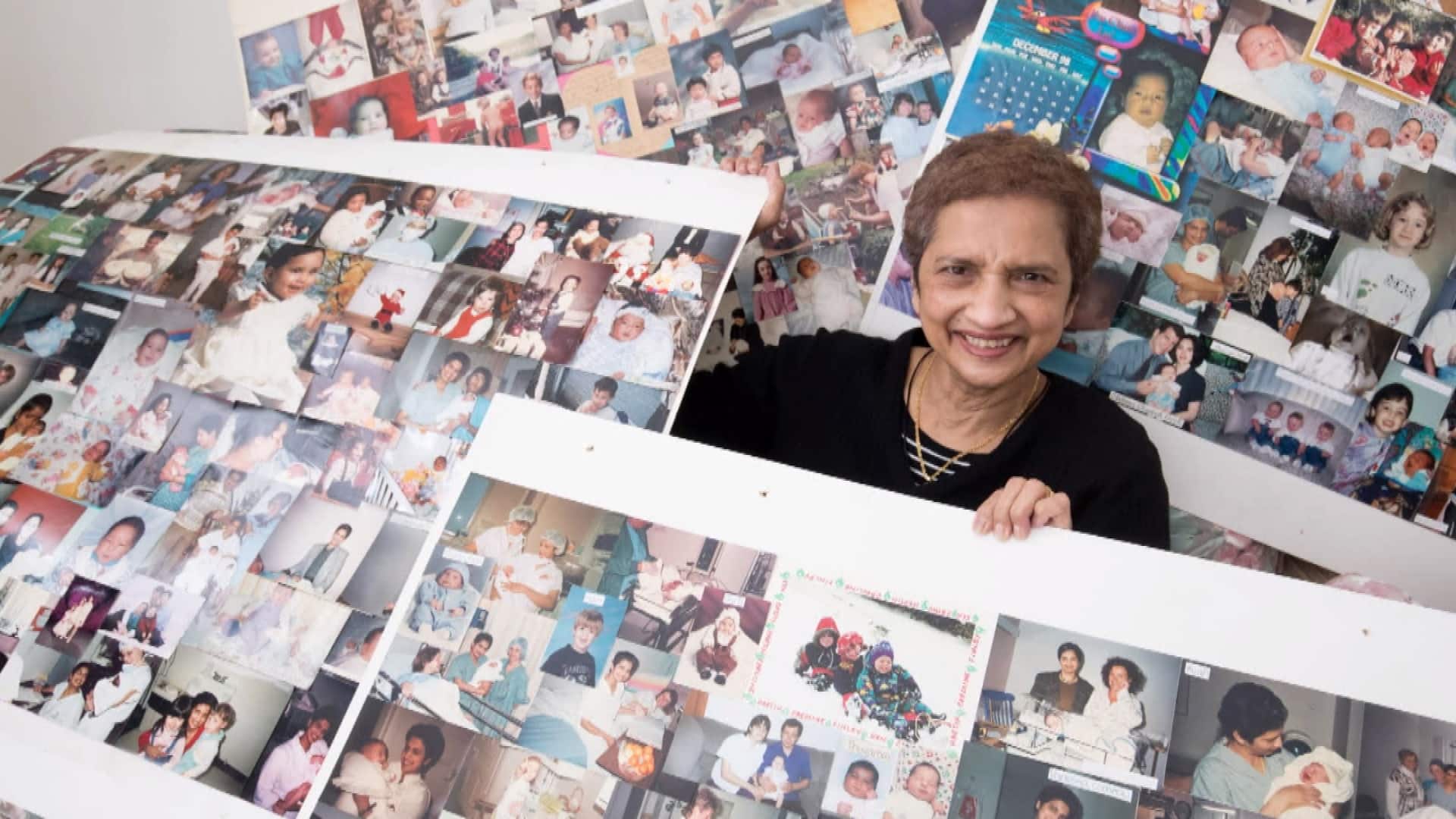 Dr. Alice Benjamin has been helping thousands of women with high-risk pregnancies for more than 40 years. She famously would go to every single one of her patients’ deliveries. 2:44

Her accomplishments are many: she established a high-risk obstetrics day centre at the Royal Victoria Hospital and created clinics for diabetic and renal patients that helped reduce stillbirths and miscarriages. She delivered a baby whose cord-blood stem cells were harvested and used for a bone-marrow transplant that saved the mother’s life.

She is a knight of the Order of Quebec. A foundation named after her helps send McGill University students and residents to developing countries to observe how obstetrics is practised there.

To her patients, the soft-spoken 75-year-old, affectionately known as Dr. B, is deserving of every accolade she’s received because she goes above and beyond at a time when they are often feeling vulnerable.

She said she believes patients make the doctor, and the relationship she has with her patients is very sacred. She sees it as a nine-month trust-building process that, hopefully, culminates in a healthy baby.

“It is a special privilege to participate in that life-changing event of that couple. I don’t take that for granted.”

Nearly 29 years ago, Benjamin was there when Kelly Laparé was born. Laparé’s mother’s pregnancy was high-risk due to a genetic condition, and Benjamin was her doctor.

Laparé has that same condition, and in a matter of weeks, Benjamin will be the one to deliver Laparé’s first baby, who has the condition as well.

“There’s no separating us really, on a cosmic level,” Laparé said.

As she counts the days until her Dec. 30 delivery date, Laparé said she is grateful to be under Benjamin’s care. Due to the pandemic, her fiancé hasn’t been able to enter the hospital for her appointments.

“If I didn’t know that I was being followed by the best of the best — if he didn’t know —I think we probably would have been much more uncomfortable with the situation. It’s just an added level of relief.”

Cinzia Tartaglia first met Benjamin in 2010. Tartaglia was referred to Benjamin’s clinic by her surgeon after having a cyst removed from her ovary and being diagnosed with endometriosis.

The first few months of her pregnancy were tough, and she had to see the doctor quite a bit. Even with a waiting room full of patients, Tartaglia said as soon as she entered the examination room, it was like no one else existed.

Her first daughter was born that October, and the delivery didn’t go smoothly. Tartaglia remembers that Benjamin took the time to check on her afterward.

“I’ve encountered many doctors in my life, and her gift of humanity and her humility is just — it’s something you can’t put into words.”

For the first part of his life, Dr. Roy Eappen, an endocrinologist at St. Mary’s Hospital, called Benjamin “Auntie Alice” — she was friends with his mother, and she came from the same part of India as his parents.

He said she is an “amazing, amazing lady” whom everyone always thought very highly of.

Benjamin delivered many members of their community and helped others get pregnant, he said, but she was also always there if people needed financial or other kinds of medical help too.

Later, she was his teacher in medical school.

“I had already admired her before, but I saw how great she was with her patients and I tried to emulate her,” he said.

Almost all his female physician friends have been Benjamin’s patients — a sign of how confident people are in her, he said.

Eappen said he believes the Order of Canada honour is long overdue, but he also knows Benjamin would never say she deserves the praise she receives.

“She really is humble. I think that’s one of the reasons why everyone likes her so much. She doesn’t put on airs, and she could if she wanted to.”

An honour to be nationally recognized

Benjamin says she is honoured that she was named to the Order of Canada, but she doesn’t feel like she did anything special to deserve it.

“I’m surprised that my name is even included there along with all these important people, to be honest,” she said.

“I enjoy what I’ve been doing all these years.”

She was the only woman in her class when she first started at McGill, which she has watched change over the years.

Starting in January, Benjamin will take a step back. She will see patients at the clinic, but their babies will be delivered by the doctor on call.

Even though she knows it might be hard for her in the beginning, she wants to leave the deliveries to the younger generation. When she teaches, she tells her students to do the same thing she did to prove herself, as a girl in a class of boys, all those years ago.

“The advice I have, and I tell all my residents, is work hard and do it with passion.”