The federal government’s climate plan, announced Thursday, is facing criticism for not moving fast enough. Meanwhile, the political rhetoric from parts of Canada’s oil-and-gas-producing regions implies going green may be a threat to the economy.

But as critics accuse governments of dragging their heels, a series of private sector-led projects in Alberta and Saskatchewan are evidence that profit-motivated entrepreneurs have already seen which way the wind is blowing.

Even as jobs disappear from the traditional fossil fuel sector, a new report from the University of Calgary’s School of Public Policy says the plunging cost of alternative power is helping to stoke a low-carbon investment boom.

“This suggests building new renewables is now cheaper than operating existing fossil power plants,” the University of Calgary report said. And the first signs of that boom are already appearing.

Greengate Power, already a massive player in the wind energy sector with a third of Alberta’s wind-generating capacity, is currently launching Canada’s — and by some estimates North America’s — largest solar power installation to take advantage of Alberta’s cloudless skies.

With the backing of Copenhagen Infrastructure Partners, Greengate is building the Travers Solar Project in southern Alberta that will be operational in two years and produce 465 megawatts of power. That is large — in the range of a nuclear reactor.

There are many smaller, but still large, green energy projects that are tapping the innovation, skills and entrepreneurial spirit of Alberta and Saskatchewan’s oil and gas industries. On Thursday, a 2.2 MW solar station opened in Fort Chipewyan on Lake Athabaska, near the border with the Northwest Territories, that will cut diesel fuel use by 800,000 litres a year. 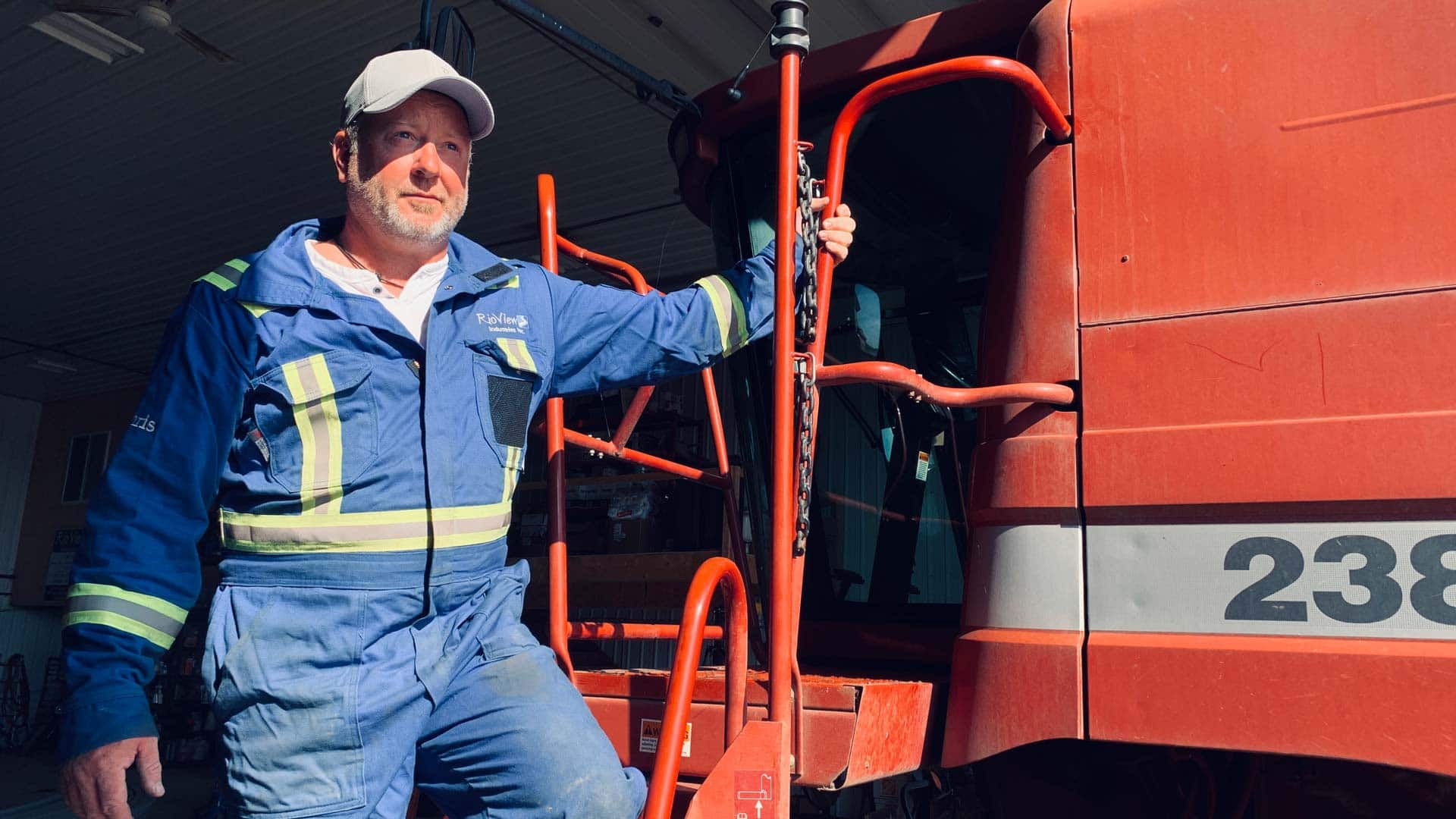 Wind energy projects are being built rapidly in Western Canada. CBC The National looks at one community struggling to come to a consensus on the transition to green energy. 6:24

“Here’s the irony that I love,” said former oil and gas geologist Kirsten Marcia, president and CEO of Deep Earth Energy Production or DEEP, farther south along the U.S. border in Saskatchewan. “I love the fact that we wouldn’t even know that this wonderful clean geothermal energy resource existed if it weren’t for the oil and gas industry exploring for fossil fuels.”

Begun with seed money from the federal government, DEEP is now raising cash from the private sector for its next phase — a 20 MW power plant to draw heat from deep underground in the Deadwood Formation of the Williston Basin. The company has subsurface rights to 100 MW and, perhaps most important, is developing skills and technology to use elsewhere.

Using the horizontal drilling techniques developed in oil and gas, the location of the operation, south of Torquay, Sask., is guided by the fact that that is where the soft, drillable sedimentary layer goes deepest — and hottest — before hitting hard bedrock.

Marcia holds no animosity toward the fossil fuel sector, but she said all scientifically minded people know that global warming has to be stopped — and as the most advanced geothermal project in Canada, she said, it feels good to be part of the solution.

Too many cars is exactly what launched Jan Waterous and her company, Liricon Capital Ltd., on a private sector-led plan to make Banff, Alta., its businesses and the entire Banff National Park net carbon free within 15 years.

It aims to solve traffic congestion caused by 4.2 million annual visitors to the historic park resort while cutting carbon output at what research shows is the most greenhouse gas intensive park in North America.

Car problem not a people problem

The Waterouses and their fellow 8,000 permanent Banff residents had watched the number of cars and buses increase over the years until, during peak tourist season, the town had become less like a pristine park resort and more like one big traffic jam.

“The question we were all asking in our community was: ‘What are they going to do about it?'” Jan Waterous said. The couple and other business leaders decided it was time to join the “they” and do something themselves.

The ambitious plans for the longer term include a new rail service to the disused train station, including a new train line on the existing rail corridor with engines run on hydrogen. But other parts of the plan can be started more quickly.

Modelling themselves on the mountain towns of Zermatt in Switzerland and Zion National Park in Utah, the first stage involves providing out-of-town “intercept” parking with shuttles to the business district and park attractions.

“What you found in both places was that visitor satisfaction went up exponentially,” Waterous said, pointing out that Banff has a car problem, not a visitor problem.

Not only that, but by reducing the number of cars driving from site to site, the park can make a sharp cut in greenhouse gas emissions.

“We’re starting with transportation GHGs because it’s 50 per cent of the pie, and that’s where we can really make tangible improvements quickly,” she said.

Until recently, management of Banff has been seen as a tradeoff between the environment and economic success. But under this plan, it is not a tradeoff at all, which Waterous said may turn out to be a useful example for the country as a whole.

“We want to show that we can do this, we’re solutions-driven, versus this kind of, you know, the Paris Agreement, you know, ‘Net zero 2050’ and everyone says ‘that sounds great,’ and then they get back to doing what they always do.”