Just six months after he was born, Ivona Nowak’s son Noah was diagnosed with cancer in his spinal cord.

The tumour, though treatable, left the Toronto infant paralyzed from the chest down. Later, when Noah’s peers were taking their first steps, he was learning how to use a manual wheelchair.

Now five years old, Noah is speeding around his family’s Etobicoke driveway on his bright orange set of wheels, grinning as he pauses to lob a snowball at his dad. While he’s happy and healthy right now, Noah’s parents worry his comfort and mobility are in jeopardy as multiple children’s health services are being delayed while his hospital team grapples with a months-long backlog.

“You feel really helpless as a parent,” Nowak said.

Currently, more than 700 Ontario families are waiting for key services at Holland Bloorview Kids Rehabilitation Hospital in Toronto, the largest facility of its kind in Canada.

Autism programs, wheelchair seating services, and fittings for orthotics and prosthetics are all being impacted, CBC News has learned. 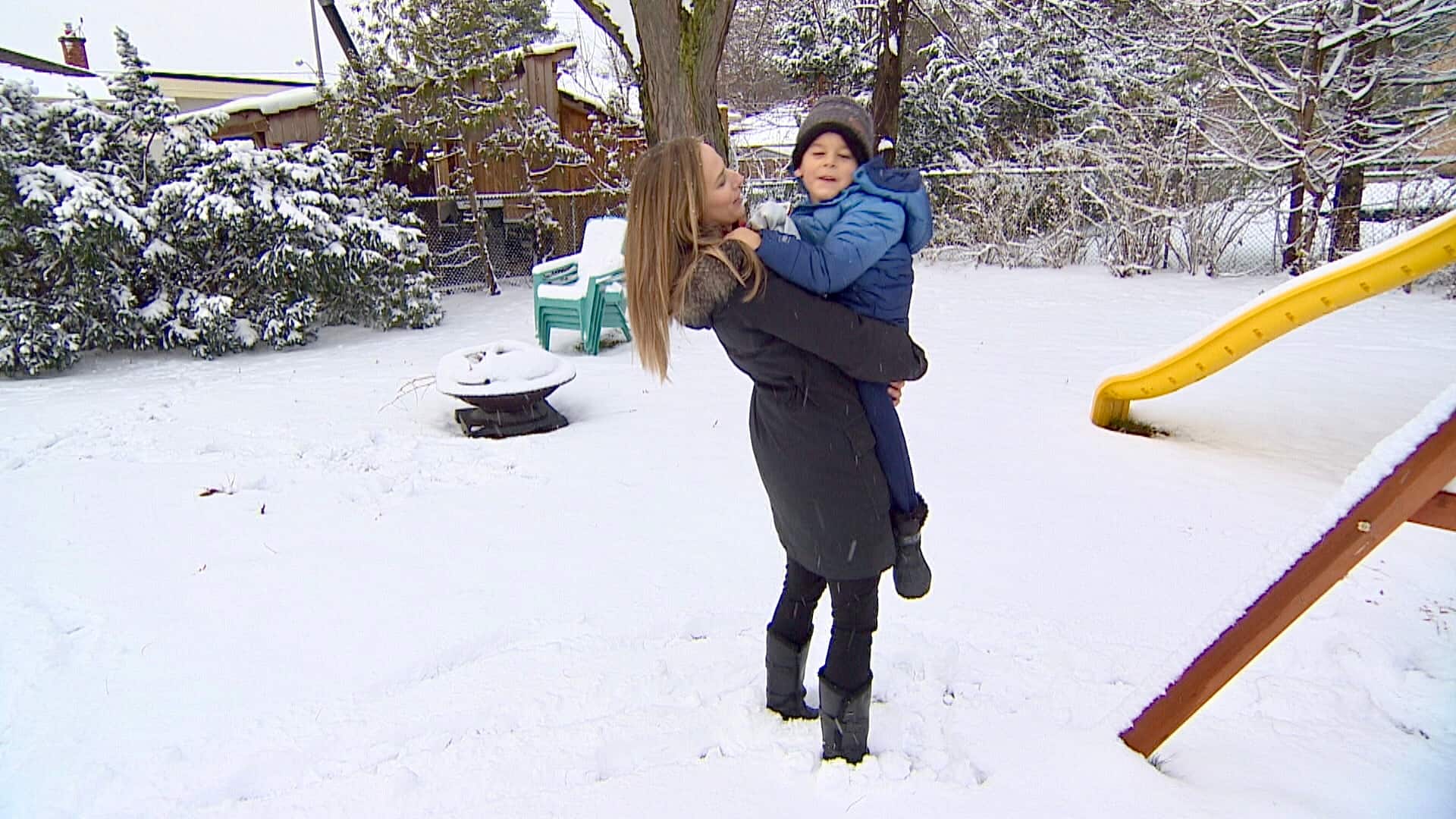 Hundreds of Ontario families are facing months-long waits for children’s health services. Etobicoke mother Ivona Nowak says her son, Noah, a five-year-old who survived cancer and now uses a wheelchair, is one of the kids stuck waiting. 1:00

In Noah’s case, he’s waiting on an appointment to obtain medication to help strengthen his bones after already experiencing multiple fractures, Nowak said, and he’s due for his next round of botox injections in his bladder this month.

It’s a routine procedure that’s meant to prevent incontinence and ward off long-term bladder issues and kidney failure — but Nowak doesn’t know how many months it will be until her son is given an appointment.

Pain, anxiety may be caused by delays

Staff at the hospital say a halt on services in the early months of the pandemic has left medical teams struggling to play catch-up, with current wait times of months or even a year or more.

“A delay in addressing a broken or outgrown orthotic or a prosthetic device can cause sores and pain for a child, because of the pressure that’s caused due to growth, or change in a medical condition,” she explained.

Wheelchair seating services — which ensure young wheelchair users are comfortable, and also prevent conditions like scoliosis, a curving of the spine — have the same clinically accepted wait time. The hospital said it requires additional provincial funding to beef up staffing enough to get back to that level.

“Our seating service delays can mean that the child isn’t actually able to move at all,” said Lindsey Crawford, senior director of ambulatory care services at Holland Bloorview.

7 in 10 appointments cancelled during first wave

During the first wave of the pandemic, rising COVID-19 cases and the resulting shutdowns forced Holland Bloorview to cancel seven in 10 appointments, according to hospital figures, which led to the current wait list.

The latest available hospital data, as of last Friday, showed a backlog of 493 for the hospital’s autism clinic, 153 for orthotics and prosthetics, and 62 for the wheelchair seating service.

The team stressed this ripple effect compounds on the more publicized issue of cancelled surgeries, which some researchers estimate hit a backlog of close to 150,000 procedures in Ontario between mid-March and mid-June this year.

“It’s having a huge impact on clients’ and family’s lives,” Crawford said.

At Toronto’s Hospital for Sick Children, also known as SickKids, two-thirds of young patients waiting for surgeries missed their target window during the pandemic, the Globe and Mail reported in November.

A month earlier, the Children’s Health Coalition — a collective of children’s health organizations, including both SickKids and Holland Bloorview — made a public statement that Ontario children are “victims of a health care crisis” that existed before COVID-19 stuck, and worsened this year.

Amid the pandemic, more than 30,000 pediatric procedures and appointments at children’s hospitals across the province have been cancelled, the group said, with kids now facing waits of up to two and a half years for surgery.

‘Many’ services allowed to resume

The coalition called for $375 million in provincial investments into children’s health and social care to tackle that backlog, but provincial officials aren’t committing to new funding.

In a statement, Ministry of Children, Community and Social Services spokesperson Genevieve Oger touted previous investments to expand access to services for children and youth.

“Since the first stage of reopening, the province has allowed many health and social services to resume, including in-person services provided they can operate in compliance with the advice, recommendations and instructions of public health officials,” she said.

Crawford stressed that offering services in-person safely does take more time, given the COVID-19 protocols in place, which makes it hard for Holland Bloorview to tackle its ever-growing backlog. The team is trying to offer many appointments virtually, she added.

But for wheelchair fittings, and many other hands-on services, the only effective approach is meeting patients face-to-face.

Nowak, as the mother of a child using a wheelchair, said she’s growing more nervous about delays to Noah’s appointments as Ontario’s COVID-19 cases continue surging to record-breaking levels.

The government needs to invest enough to ensure children’s services aren’t impacted in the months ahead, she said, otherwise young Ontarians like her son could wind up suffering, or even face potentially-lifelong health impacts.

“It’s really frustrating because you think that you have this whole support network of family, friends, and healthcare workers, and something like COVID comes along and it really pulls the rug right from under you,” Nowak said, adding she has no clear answers on how long Noah’s appointments will be delayed.

“One month, that’s okay,” she said. “Anything past that, and we’re starting to risk his health.”