Four teenagers were injured — one severely — after a high-speed crash split the Porsche one of them was driving in half near a west end intersection.

The harrowing crash took place around 3 a.m. at the intersection of College Street and Lansdowne Avenue, with the destroyed sports car’s parts winding up littered alongside a coin car wash.

Const. Jenifferjit Sidhu said police now believe the driver was speeding before losing control while taking a turn. The car then slammed into a hydro pole.

Two of the teens (police said the three boys and one girl in the car were all between 13- and 14-years-old) were taken to SickKids with serious but non-life threatening injuries. Police say the driver of the vehicle suffered a severed foot.

You can see the aftermath of the crash in the video below: 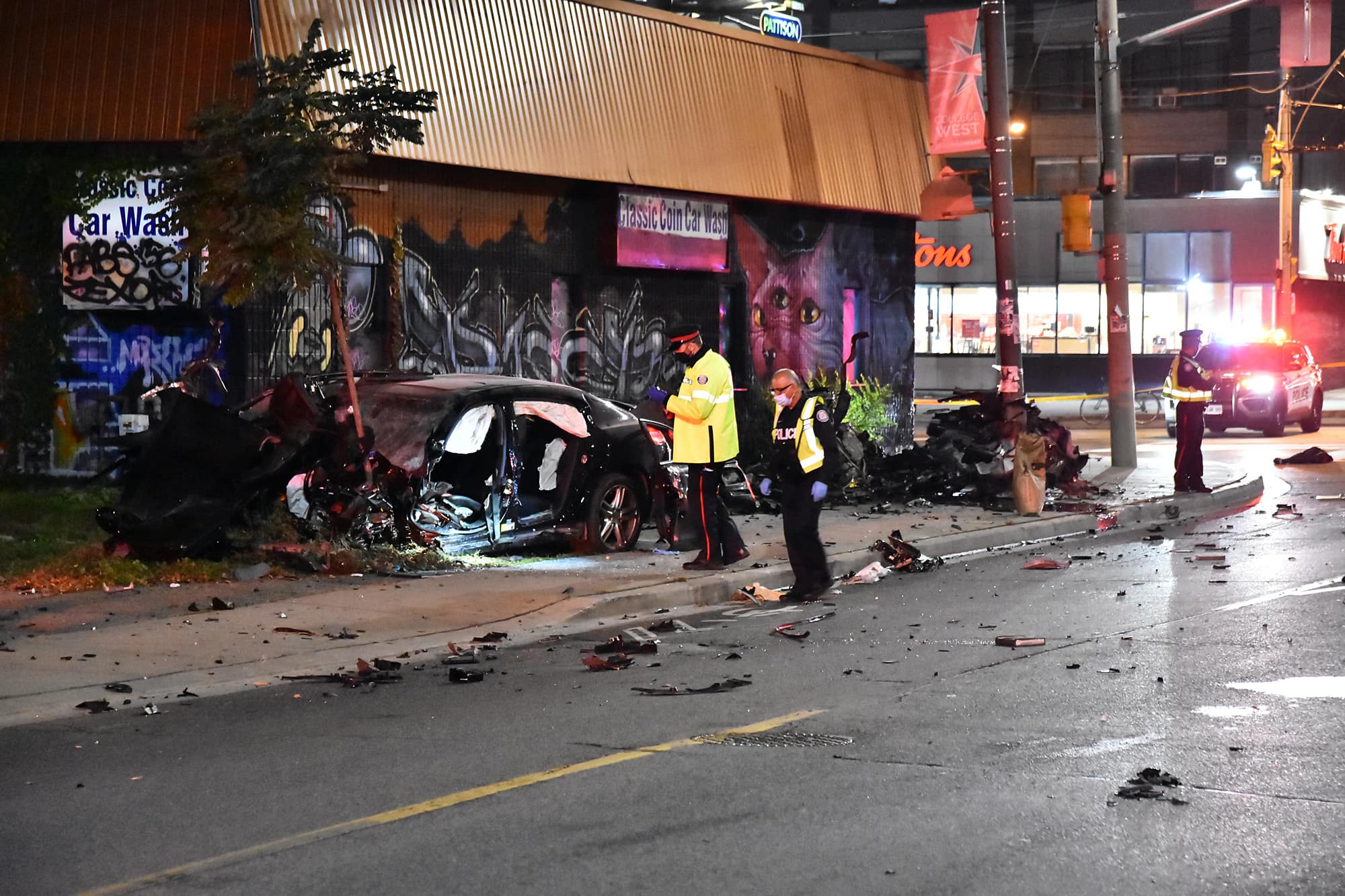 Toronto police say speed was a factor after a crash left a sports car split in two in the city’s west end 1:22

Two others suffered minor injuries. They were also taken to hospital, paramedics say.

Richard Erno lives nearby and heard a loud crash before seeing the decimated Porsche under a swaying hydro pole. He said at one point the teens were trapped in the vehicle, which was also on fire.

“I thought ‘okay this is a problem,'” he told CBC Toronto.

Erno, a fire and circus performer by trade, raced down to the street and helped the kids out of the wreckage before wrapping up the driver’s foot, which was bleeding heavily. “They were really shaken up,” he said of the passengers.

Erno said he then grabbed a fire extinguisher from his apartment and put out the fire on the front end of the car with another person who also had an extinguisher.

What’s left of the Porsche has been seized as evidence, police said. No charges have been laid at this time.

Speeding continues to be a huge issue in Toronto, even near school zones, data obtained by CBC News shows. Read more about our findings that 21 per cent of drivers near schools are speeding here.